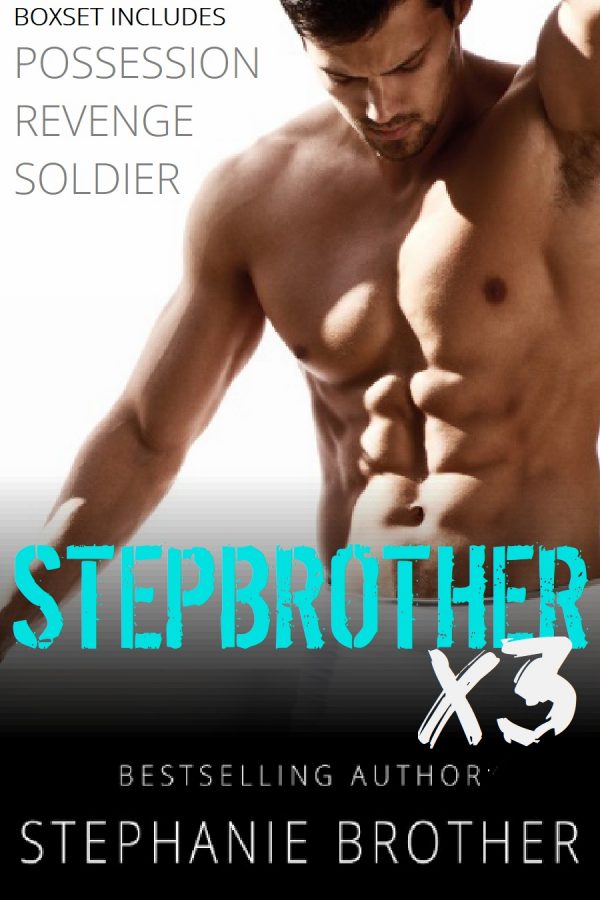 A collection of three Stepbrother stories.

Soldier
Soldier, Stepbrother, and Lover despite disapproval from her dad and his mom.

Anya and Cade had a brief relationship that ended when he chose the Army over her.
Eighteen months later, Anya is an aid worker in dangerous circumstances. When she is kidnapped by fanatics, nothing will stop her stepbrother from finding her, and this time, he’s not letting her go.

Possession
Knox, ex-soldier and sheriff’s deputy, is a man used to being in control.
When it comes to his stepsister, he wants to own every inch of her, but he’s tried to do the right thing and not pursue the need to possess her.
Forget his good intentions, because Claire’s wicked teasing is driving him to the breaking point.
Soon, she’ll know exactly what it means to belong to a man like him.

Revenge
His father’s new husband ripped apart Declan’s family and left his mother suicidal.
Declan wants to destroy the billionaire’s happy family in return, and the key to revenge is Ambrose’s sweet daughter.
He plans to seduce the innocent Lia, break her down, and use her to humiliate her father.
Determined to succeed, he will allow nothing to distract him, not even an unwanted attraction to his new stepsister.