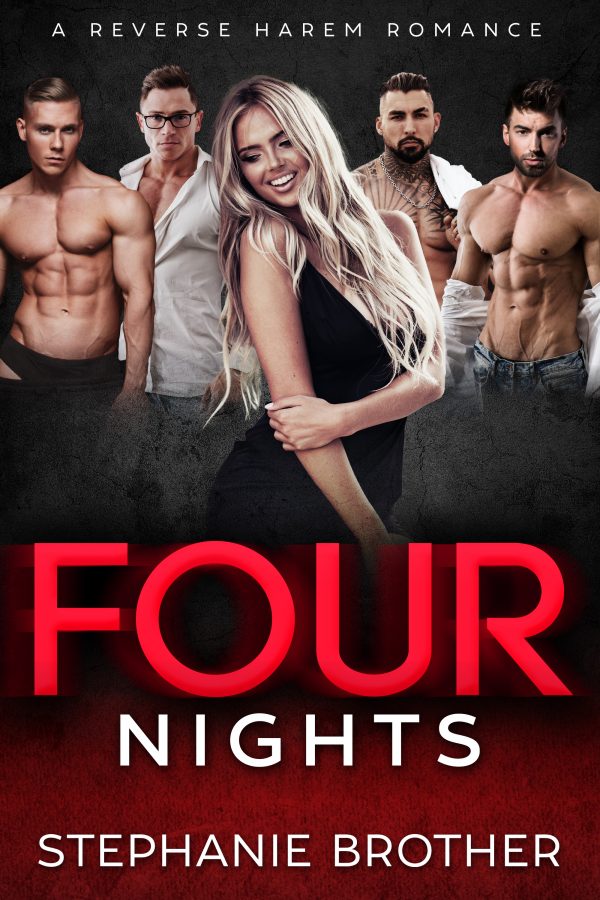 A virgin walks into a strip club …
…it sounds like the setup for a joke, but it’s actually the start of the wildest four nights of my life. Four nights that change things forever.

In less than a week, I go from having no experience to being teased that I collect men like some women collect shoes.

First, there’s Garrett, my also-inexperienced IT department coworker who offers to accompany me to Club Red because he thinks I’m in need of a protector.

Then there’s Trevor, a performer in the male revue show, whose panty-dropping dance moves are rivaled only by his playful and caring spirit.

He introduces us to Adrian, another dancer so ridiculously good looking that I’d be intimidated if he wasn’t also charming and kind.

At first, the men take things slow with me, but it’s inevitable that I’ll be happily surrendering my v-card if they keep making me feel the way they do.

When Duke, the muscle-bound older guy who guards the club, joins our group, things become nothing short of mind blowing. His take-charge attitude makes me feel safe and protected, especially when my frenemy/roommate pulls a stunt that turns my life upside down.

Despite how well we all get along, we know from the start that our nights together aren’t meant to last. I didn’t think I’d have to worry about falling for them in such a short period of time, but in the lonely weeks that follow, I realize that four nights wasn’t enough … I want forever.